How to unclog a toilet with poop still in it? 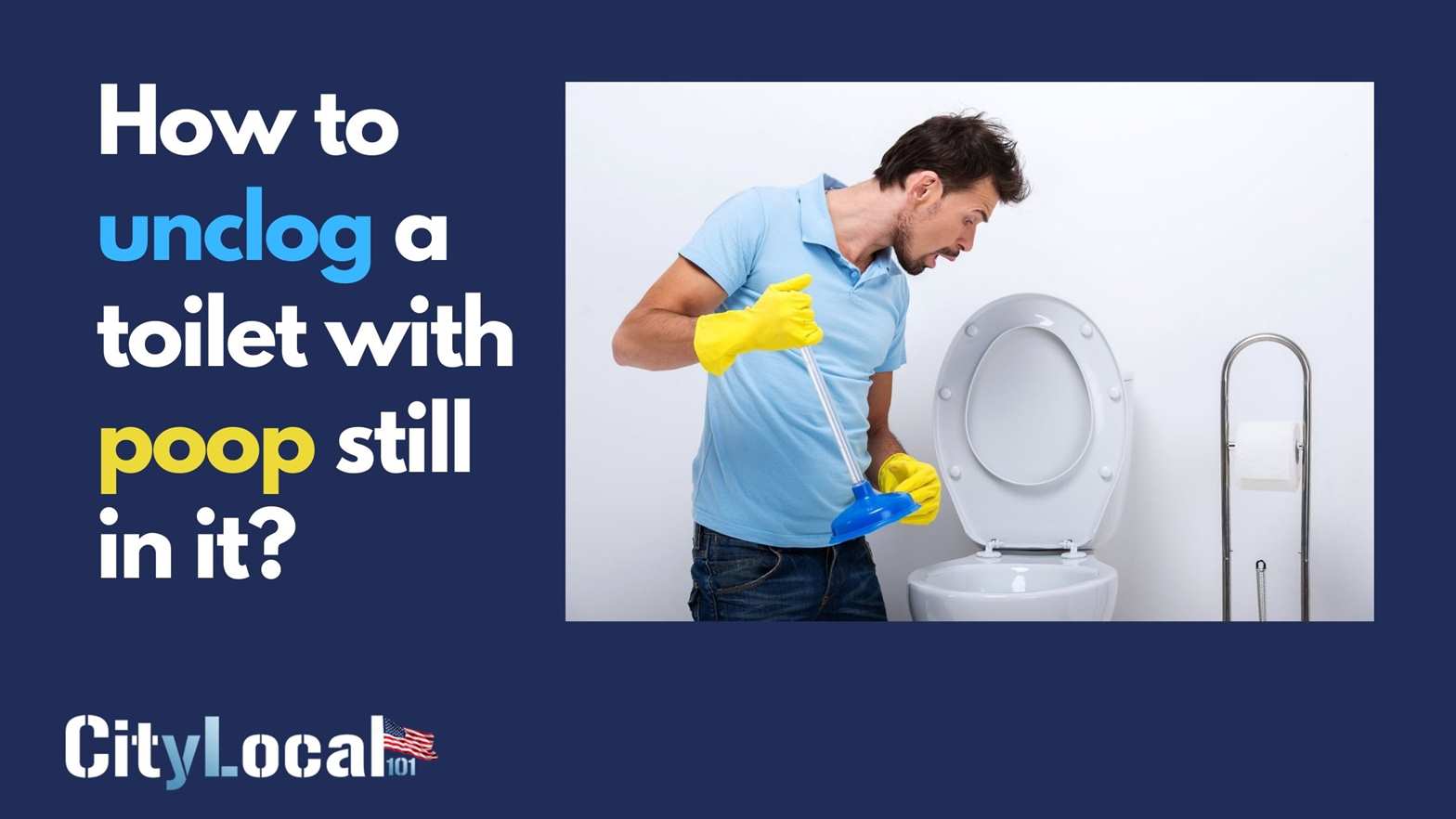 The importance of a toilet in a house can’t be ignored. Because you can probably live in a house that doesn’t have other useful things in it, but if it doesn’t have a toilet, then it can be a disaster. The toilet is one of the most used structures in the house and it is one of the basic necessitates. That’s why when it is clogged your life can turn upside down. Just imagine what would you do if your toilet is clogged at midnight. Because at night no help will be available around you. Don’t worry though, because the guide below ensures that you tackle this issue swiftly.

Give the toilet brush a try

The significance of a toilet burst isn’t a big secret and the best part is that it is always present in every residential and public toilet. So, why not put it to use when face clogging. That’s right because if there’s nothing else you can find to unclog the toilet, the toilet brush can help you out and provide an instant solution to the problem. All you need is to muster up some courage and try to push down water in the hole. For a simple clogging issue, it is a perfect idea that can save the day for you. However, if the problem is still persistent, then one of the following will work like magic.

Use a toilet plunger

If your common bathroom tool wasn’t able to solve the clogging issue, then it’s time you brought serious tools into play. That’s right there’s a series of tools that can be used for unclogging depending on the gravity of the problem. The plunger is another commonly available tool that can be added to the bathroom in case of emergencies. If that’s not possible, then at least it must be present in your home. Still, if you don’t have it, then just go and get it from the market and it doesn’t cost much. It comes in handy for medium-level clogging. It creates motion by sucking up the water backward and then releasing it with pressure. A lot of issues that can’t be solved with the brush, then the plunger will work as an ideal tool.

Use a metal cloth hanger

Usually, every home is well-equipped with all kinds of toilet tools. However, there are times when you don’t have anything at home and an emergency surface. In such conditions, you have to improvise and carve out some custom tools to use as you please. One of the best examples of such tools is the cloth hanger made of metal with a plastic coating. It can be easily found in homes and can substitute the plunger if you don’t have one. This type of hanger is flexible and can take any shape you want to. The mode of use is similar to the plunger. Just make sure you have enough length. It might not be as efficient as the plunger, but it will get the job done and it’ll restore the functionality of your toilet in no time.

If you are sick of clogging issues and tired of using conventional tools, then it’s time you learned something from the professional Cleaners. That’s right they have something special that commonly people aren’t aware of, like a toilet auger. This device is pretty amazing when it comes to opening the clogged toilet. It is usually made of plastic and can easily penetrate inside to open up any kind of clogging. The only problem is that this is not a device that is usually available at home. You either have to buy it from the market or have to borrow it from someone. Don’t worry though, it is not an expensive one and will not add too much burden to your pocket. Just make sure you read the user manual before you put it to work.

If the clogging removal tools aren’t available, and you face such a situation, then you can use some home remedies to get rid of clogging. That’s right there are all kinds of remedies that you can put to use. For example, baking soda and vinegar. When added to a clogged toilet it can solve the problem quite easily. Be careful though because it would form a foam and the vinegar can cause a splash as well. That’s why add one cup in the beginning and if the problem is persistent, then keep adding vinegar until the clogging is gone. As the concentration of vinegar will keep rising the better would be your chances at sorting out your clogging issue. For extremely bad conditions, use hot water as well as vinegar.

Use baking soda and plastic foil

This typical method is unlike any other method you have tried up until now. Because it will solve the clogging issue, but it is not an instant solution. it might take you a couple of hours or maybe a night’s wait. The method is pretty simple, you have to add baking soda to the toilet and then warm water in the toilet bowl. After that close the lid and wrap it up with the plastic sheet and let soda work out. Remember, that in order for the baking soda to do the magic, it is important that water should be only warm, not hot. Otherwise, the baking soda will not work well and the process can fail.

You probably admire Coca-Cola for its great taste, but do you know it can help you get rid of toilet clogging? The method is pretty similar to the one listed above with minor changes. Take a Coke bottle of about half a liter and pour it in the toilet’s bowl. After that wrap it up with the plastic sheet and let Coca-Cola do the magic. This process would create extreme pressure inside the bowl that would wipe out anything that’s giving you trouble. Sit about an hour before flushing and get ready for a surprise. This method is cheaper and highly efficient.

If you are tired of doing experiments and your clogging issue might seem impossible to solve, then it’s time you bring the big guns in the game. Hiring experts can greatly change the odds of sorting out clogging in your favor. The experts are experienced and have seen these kinds of issues over and over. So, you can leave the toilet in their care and let them do the magic. They always come prepared and if one method fails, they keep trying things without giving up. One thing is guaranteed that experts can take care of the problem one way or the other because that’s what they are good at.

Opening the clogging of a toilet can become a nightmare if you don’t approach the problem smartly. The problem isn’t difficult to solve, it is just that you need a suitable method. If you frequently find yourself in a similar situation, then it is better you get your toilet checked out. Because sometimes the whole system is jammed due to some other reason and might require an expert. For example, if somehow metal is stuck in your toilet, it becomes extremely difficult to deal with it. So, be smart talk to an expert.

10 Small Bathroom Ideas on A Budget 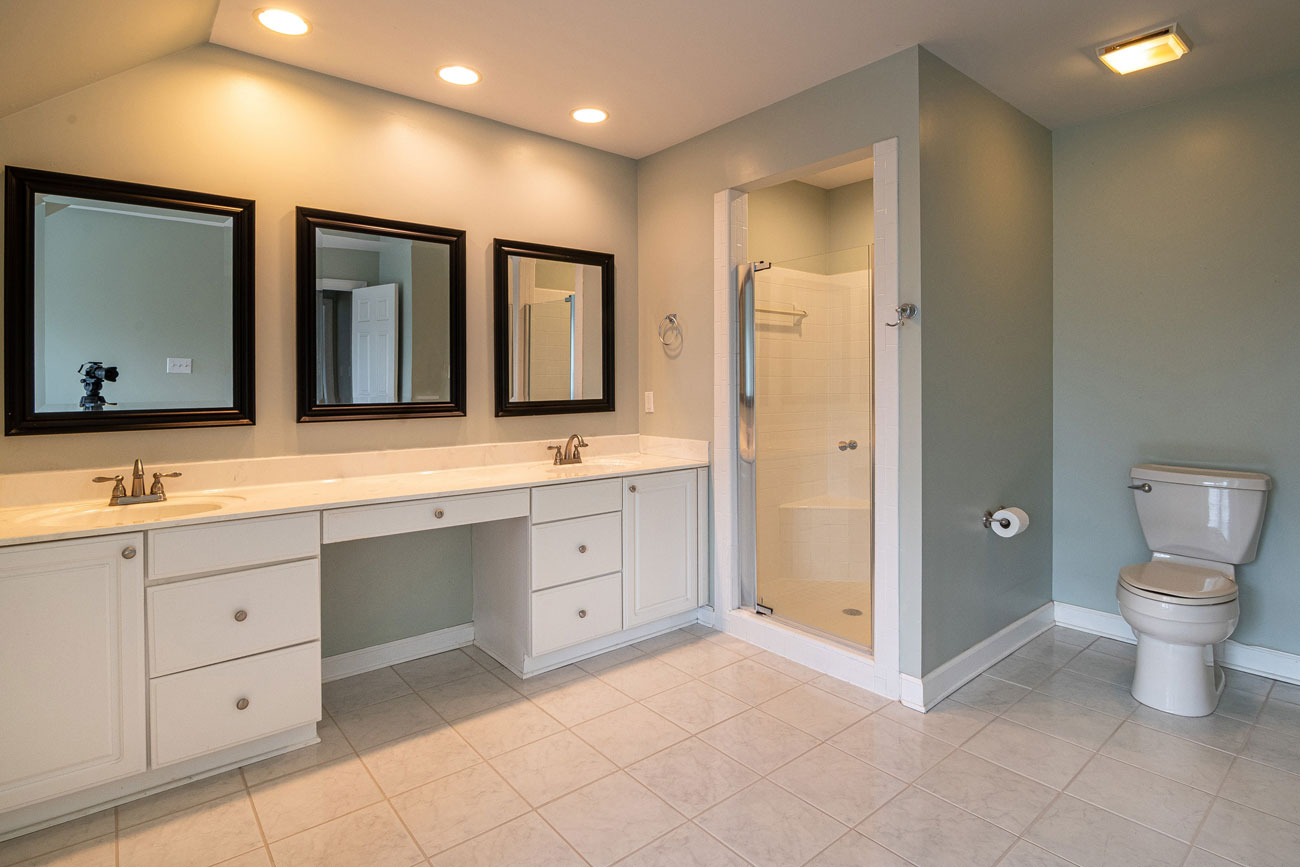